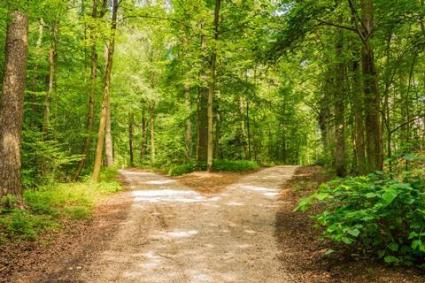 There has been much talk of late, primarily amongst those on the looney-left, about how this November’s midterm elections will be considered as a referendum on the Trump presidency as it has been executed thus far.  Now while I do agree that this fall’s election will rightly be a referendum, I disagree that it will be about Trump’s presidency.  But one thing the elections will be telling us, once all the dust finally settles, is how just far to the left the American electorate has now been moved.

And a number of Democrats, and you all know who they are, have now made it abundantly clear that should they regain control of the House, and God forbid the Senate, their number one priority will be to bring about the end of the Trump presidency, primarily by embarking on what would be nothing more than an agenda of ‘death by a thousand cuts’, or the launching of investigation after investigation. And is that really the direction that anyone with any intelligence would want us to go?

And I also think that this November’s election will tell us much regarding whether or not the American people have finally come to be fed up with the level of corruption now taking place in our nation’s capital and in so doing choose to elect more of those whose only desire in seeking higher public office is to make sure that the people’s business is conducted in the most efficient and lawful way, and also in such way that it serves the best interest of ALL the American people, not to any one political party.

And something else this upcoming election will likely tell us is just how successful those involved in the ‘fake news’ media have been in their effort to assist those in the Democrat Party regarding their ongoing, and very concerted, effort to convince as many Americans as possible that President Trump was only able to beat Hitlery for no other reason than because he had plenty of help from Russia.  This despite the fact that the ONLY collusion that took place was between Russia and Hitlery’s campaign.

And yet what has me more than a little concerned, regarding the upcoming election, is that what seems to be so obvious to me, seems not to be so very obvious to so many of my fellow citizens.  After all, right now we are in the middle of an economic boom that Barry ‘O’ could have only dreamed of.  And yet there seems to be far too many Americans willing to vote for those who advocate policies that would threaten that economic boom and that would return us back to Barry ‘O’s anemic economy.

So the question is, at least at this point, who is it in their right mind who would see it as being in the best interest of our country to elect even one more Democrat to Congress?  To me that is nothing short of complete insanity.  They have shown time and again that they possess a very deep hatred for this country.  And that becomes all the more evident with each success achieved by President Trump.  This simply was not supposed to happen.  It was supposed to be Hitlery now sitting in the Oval Office!