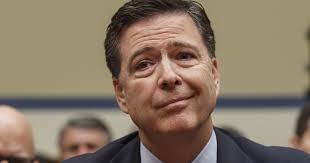 It was back when the FBI first began what we were all told would be a thorough investigation into Hitlery’s questionable use of a ‘private’ email server that I remember hearing from a great many highly respected folks on the right, how Comey was a standup guy, and that if there was one guy who could get to the bottom of things and follow the information wherever it led, it was him.  In looking back I can’t help but wonder if all of those folks were simply horrible judges of character, or if perhaps, and which is even scarier, they were actually in on what was really nothing but a sham investigation and knew all along that Comey would be more than willingly to provide all the cover necessary to the then Democrat nominee for president.

And it’s in fast-forwarding a full 26 months after the 2016 election that we find the House Judiciary Committee still investigating how the FBI, under Comey’s leadership, used opposition research, aka the Steele dossier, paid for by the Democrat Party and Hitlery’s campaign, to obtain a FISA warrant to spy on a Trump campaign volunteer.  And remember it was also Comey who intentionally leaked confidential information with the goal of getting a special prosecutor appointed to investigate President Trump.  And then it was just last week, that Comey nonchalantly admitted that he took advantage of the Trump administration’s inexperience to send two FBI agents to the White House to interview then-National Security Advisor Michael Flynn.

And yes it was Comey, the proven liar, who, on Monday, claimed the reputational damage his former agency has suffered has “nothing” to do with him.  And it was upon emerging from Monday’s hearing that Comey said, “So another day of Hillary Clinton’s e-mails and the Steele dossier.”  He said, “This, while the president of the United States is lying about the FBI, attacking the FBI, and attacking the rule of law in this country. How does that make any sense at all?”  And he said, “Republicans used to understand that the actions of a president matter, the words of a president matter, the rule of law matters, and the truth matters. Where are those Republicans today?”  Comey’s the last guy who should be lecturing anyone on the truth.

He continued saying, “At some point, someone has to stand up and in the face of fear of Fox News, fear of their base, fear of mean tweets, stand up for the values of this country, and not slink away into retirement, but stand up and speak the truth.”  And he said, “I find it frustrating to be here answering questions about things that are far less important than the values that this country is built upon.”  He went onto say, “The FBI’s reputation has taken a big hit because the President of the United States has lied about it constantly.”  And he said, “In the face of those lies, a whole lot of good people who watch your network believe that nonsense. That’s a tragedy. That will be undone eventually, but that damage has nothing to do with me.”

Comey has been telling us for two years now that he’s a politically independent law enforcement professional who would never, ever engage in partisan thought or deed.  Yet here he’s essentially telling us that the only way to “save the country” is to vote for the Democrats?  This is, quite obviously, naked partisanship. So one way or the other, this guy is a liar.  Comey is trying to trivialize his crimes, and that of the team of Barry and Hitlery, while making unsubstantiated claims of criminality against President Trump.  Comey has been on the Clinton payroll for more than 20 years going all the way back to their ‘White Water’ days.  And now he expects us all to believe that he had absolutely nothing to do with the soiling of the FBI’s reputation?

I think the first day that I truly came to understand that the FBI truly is a corrupt agency was the day that Comey, and pretty effectively I thought, laid out the case against Hitlery only to, before he was through, let her off the hook. The only thing that he accomplished that day was to highlight the fact that there is now a two tiered justice system, something the justice system denies, in this country.  The more I listen to Comey, the more frightened I become.  He’s either a certifiable loon living in denial or a Machiavellian plotter who is trying to subvert the Republic, whose laws he swore to uphold. In either case he corruptly wielded power and surrounded himself with criminal conspirators within the FBI and our other security agencies.

And it is once a reputation has become tarnished that it’s always almost impossible to regain the level of trust that has been lost. Comey and his merry band of misfits managed to ruin the FBI. And I seriously doubt if there are, today, very many American citizens who will ever again believe anything that the FBI has to say concerning any subject.  It has become pretty clear, at least at this point, that there was an active conspiracy at the very top tier of the FBI and the Justice Department to disrupt first the election of 2016 and then the presidency of Donald Trump. Some of who still remain at the DOJ. They remain a very clear threat to the survival of our Republic. Hopefully this will all come out to light in the not too distant future.

It goes without saying that Comey long ago lost any and all credibility when it comes to anything even remotely connected to the president.  That was lost when he refused to prosecute Hitlery, despite making the case that she had committed crimes.  And he’s really one of the very last people we should be listening to on the subject of American values.  He’s proven himself to be nothing more than a ‘deep state’ shill working to undermine a president.  Such actions are treasonous, yet nothing will likely come of it, as only the average Joe would ever see punishment for any of the of many daily crimes taking place in Washington.  While nothing would give me greater pleasure than to see him rot in prison, sadly he will likely be left for God to judge. 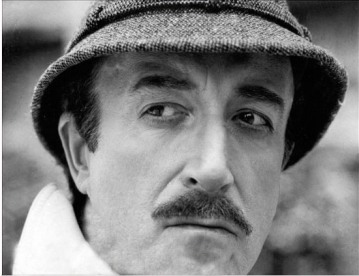 Only after what can be, at best, described as a rather sketchy bit of questionable police work, by he who had been described by many as being nothing less than a modern-day version of Sherlock Holmes, was FBI director James Comey able to come to the unlikely conclusion that Hitlery had done nothing whatsoever that would warrant her facing any sort of prosecution.  And it is a testament to his skill as an investigator that he was able to reach that conclusion by neither placing Hitlery under oath nor by making sure there was a transcript made of the over three hours of questioning.  It’s no wonder he is in his current position of FBI director, right.

As someone looking in from the outside, I would argue that the director more closely resembled Inspector Clouseau as he appeared before the House Oversight Committee this past Thursday, where his testimony was seen as being important enough to place ‘him’ under oath.  It was then that he was provided with an opportunity to justify an unjustifiable decision not to recommend that Hitlery be prosecuted for her blatant, and purposeful mishandling of classified information.  There seemed to be little disagreement that she had done it, but it was apparently determined that she really didn’t mean to do it.  An excuse that works only for Democrats, or a Clinton.

But having said that, here are the seven key takeaways.

Oh, and let’s not forget how Hitlery mishandled human and signal intelligence on an unauthorized private server.  It was Rep Will Hurd (R-TX) who came out of left field and surprised everybody.  Mr. Hurd went after the mishandling of classified human and signal intelligence on a rogue unauthorized private server and others without security clearance had access.  It was a visibly angry Hurd who said, “I spent 9 1/2 years as an undercover officer in the CIA. I was the guy in the back alleys, collecting intelligence, passing it to lawmakers. I’ve seen my friends killed. I’ve seen assets put in harms way.”  And he then asked, “Does SAP include Humint and Sigint?”

Comey said that it was possible, but he couldn’t say in this setting.  Hurd said, “The Secretary of State had an unauthorized email server in her basement, those are your words.”  And then asked, “Who or what was protecting that server?”  To which Comey responded, “Not much.”  Hurd asked, “You don’t think this sends a message to other employees that if the former Secretary of State can have an unauthorized server in their basement that transmits top secret information… that’s not a problem?”  Comey answered saying, “There will be discipline from termination to reprimand–and everything in between–for people who mishandle classified information.”

Those unfamiliar with Comey were likely unaware, before this past week, that he’s your common household-variety political hack.  And when his testimony was over I’m sure he went back to his office and had a good laugh.  The events of this week which involved both Comey and Hitlery should come as no surprise.  After all, this isn’t the first time Comey has investigated the Clintons.  And in the past, and in each and every instance, he also found that there was never any wrong doing despite the fact that there was plenty of evidence that would have seemed to suggest otherwise.  Apparently it’s his job is to make sure nothing comes from Clinton investigations.

So, Mr. Comey can now be said to be 0 for 3 when it comes to the Clintons. Comey was part of the Whitewater Investigation, the Marc Rich investigation (Rich was a Clinton donor that was pardoned by Slick Willie), and now the Hitlery Email Investigation. Lots of investigations, but no convictions. Given his history with this pair, isn’t it a little suspicious that Hitlery’s FBI interview was neither taped nor transcribed?  Each investigation has ended with Comey’s “strong admonitions” of the Clinton’s; yet, despite allot of evidence of wrongdoing, no convictions. Is Comey so incompetent that he has let the Clinton’s evade justice for 20+ years?

And what really irritates me is hearing from so very many people about how this guy was supposed to be such an honorable man, that he would go wherever the facts lead him and not be swayed by the politics.  And it was all a bunch of bullshit.  Am I actually supposed to believe that they were all somehow completely oblivious to the rather checkered history between this ‘standup guy’ and the sleazy Clinton’s?  He’s either a shitty cop or one on the receiving end of some rather hefty payoffs.  The damage he has done to the image of the FBI may very well be irreparable.  And the sad thing is, I don’t think he even cares.  I know Hitlery and ‘Slick Willie’ don’t