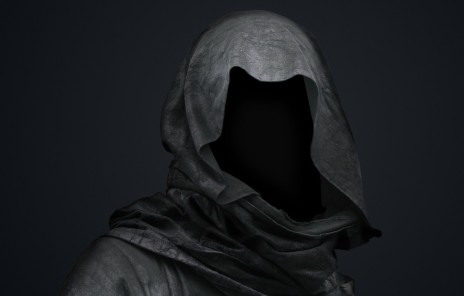 So word now comes that the left is now marshalling its forces as numerous ‘progressive’ groups are already spending millions in an effort to define President Trump as being nothing but an incompetent ignoramus and egomaniac.  They’re betting the president’s own words, used during our ongoing ‘Chinese virus’ crisis, will provide them with their “greatest ammunition.”  At least that’s the opinion of those at Jeff Bezos’ Washington Post.  Oddly enough these are likely some of the very same ‘progressive’ groups who also spent millions in an effort to defend ‘BO,’ a guy who truly was, beyond any and all doubt, an incompetent ignoramus and an egomaniac.

So as President Trump continues to use the daily briefings to run circles around those who comprise an inept and clueless ‘fake news’ media, it’s the coronavirus, at least according to a report that recently appeared on the rabidly leftwing ‘Mother Jones,’ “made it clear to progressive operatives and advocates that they had an immediate role to play, and that they could make a big difference by launching ad campaigns that define Trump on the election’s new and biggest question.”  And they are certainly welcome to try to destroy the man so many of us voted for.  But it is we who voted for the man who will be the ones to determine whether or not they succeed.

Also according to the ‘Bezos’ Post, President Trump’s “marathon” briefing sessions only give progressive groups more ammunition because “all of Trump’s performances are scooped up by Democratic super PACs — which employ entire teams dedicated to watching the president and logging his various comments. The most damning sound bites have begun to form the drumbeat of the November election.”  None of that should really come as a surprise, this is, and has always been, how those on the left operate.  And so what remains to be seen is how many outside of the typical audience for this type of political drivel will end up falling for it?  Hopefully not all that many!

And then it was just yesterday that we were provided with yet another prime example of why it is that so many on the left now seem do driven to do everything that they can in their effort to continually attack and to tear down President Trump, even in this time of supposed ‘crisis.’  You see it was then that 2020 Democrat frontrunner, ex-vice president ‘Senile Old’ Joe Biden managed to stumble his way through yet another rather bizarre interview.  And it was after just one sentence that ‘Senile Old’ Joe managed to come off the tracks as he lost his train of thought, coughed into his hand then touched his face during his taped interview with the TODAY show.

‘Senile Old’ Joe said, “We’re gonna have to conduct the election on November 3rd — we did it — there, we, we have to make our democracy as well as dealing with disease *coughs* function *wipes his eyebrow* and we can do both.”  And it was just last week that ‘Senile Old’ Joe actually called on secretaries of state to begin securing remote ‘virtual’ voting capabilities “now” for the 2020 elections.  And so the Democrats are busily seeking out new ways, creative and innovative ways, to ‘use’ the ‘Chinese virus’ all in the hope of being able to increase the level of success in their efforts of voter fraud or of anything else that will make it easier for them to cheat, and to win.

It has been over the entire course of Trump’s presidency that we have watched as the Democrats revealed more of their true selves.  And it has been since the beginning of this ‘crisis’ that they’ve revealed even more.  They seek to use the ‘Chinese  virus’ not only as a way to impose strict “shelter-in” orders, to crash the economy, to increase unemployment and to cause panic, but also as a pretext to increase absentee ballot voting and implement ‘virtual remote voting’ since the Democrats have no real chance of beating President Trump, fairly. The American people must ask themselves, is this really the party that they want to have in charge of running their country?

Think about it, what options do Democrats really have regarding the next election? They began the primary season with 26 presidential contenders and yet still managed to end up with a 77-year old plagiarist with early onset Dementia and so much family baggage he needs a moving van to carry it around.  All at a time when the party is undergoing balkanization in real-time and when we have the entire nation sitting at home watching their insane antics at holding up a stimulus bill, being juveniles at the daily press conferences and willfully disseminating Chinese propaganda.  They really don’t have a lot to work with as they head into November’s election.

If the Democrats do move forward with nominating  ‘Senile Old’ Joe, which I think is still very much in doubt, let there be no doubt that there would be millions of people who will be only too happy to vote for him.  That despite the fact that a substantial percentage of them understand that he is not now playing with what is anywhere near a full deck.  But, you see, that is literally of no concern to them because they, like so many in the Democrat Party, are driven by their hatred of the man, Donald J. Trump, and of their own country.  It simply doesn’t matter that it’s a very rare occasion when ‘Senile Old’ Joe knows what day it is, or even where he is at the time.

So while, at the time, it does seem that ‘Senile Old’ Joe still remains the one who will ultimately be selected to carry the torch for the Democrats against President Trump, I think we would be more than a little foolish not to at least suspect that the Democrats may already have a plan in place as it relates to ‘Senile Old’ Joe and the nomination.  Because to deny that with each new appearance he comes across as being a bit more confused than he did in the last one, is to be in denial.  And the rate of deterioration has now gotten to the point where it’s rather obvious.  At this rate by the time the convention rolls around he won’t know who he is, or why he’s there.

All of which leads me to believe that the Democrats must have a plan.  I think most folks realize that ‘Senile Old’ Joe was basically put in this contest for one reason and one reason only.  And that was to make sure that Bernie was prevented from getting a majority of the delegates.  Once that mission has essentially been accomplished it’s from there that the DNC will likely have two options from which to choose.  They can either make a last minute switch and replace ‘Senile Old’ Joe with someone who at least would appear to be a little more with it, or they can just assign a running mate that Democrats wouldn’t mind being a mere heartbeat away from the top job.

So let’s just say the Democrats do make a last minute switch.  ‘Senile Old’ Joe comes out and announces that poor health will simply not allow him to continue, which then allows the Democrats to bring in a candidate who would not have gone through one debate, would not have been vetted, nothing.  Neither would voters know any of this candidate’s policy positions.  But for far too many, that really wouldn’t matter.  Because all that matters is defeating President Trump.  I’m thinking that even ‘Senile Old’ Joe knows the score, at least in his more lucid moments.  He knows he will likely not be his party’s nominee.  And if ordered to step aside he will do so for his party.

But then too, yet another option involves the Democrats choosing to move forward with ‘Senile Old’ Joe at the top of the ticket and simply selecting for him a ‘proper’ running mate, one that would be able to convince just enough Americans outside of their little circle of leftwing lunacy to not vote for President Trump.  And then it would be a few months after being inaugurated that ‘Senile Old’ Joe would then be shipped off to the home and we would then, for only the second time on our history, have as president someone who was not actually elected by the people to that office.  I would not be surprised to see either one of these two options become a reality.

Democrats spent all of their time from December to early February on what was nothing more than a phony impeachment.  And we have many ‘leaders’ of their party on tape telling people not to worry about this ‘Chinese virus,’ and to go about their business as they normally would.  They even went so far as to label the president a racist for halting travel from China.  And they tried to stuff the bill that was supposed to help voters with all manner of pork.  Their only hope is to point fingers at the president and hope their base hasn’t been paying any amount of attention.  Pathetic of course, but it’s exactly what one has come to expect from today’s Democrat Party!