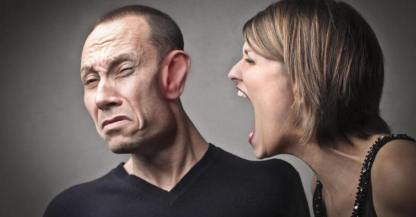 I’m pretty sure that most folks will agree with me when I say that Democrats together form a group of people who are, generally speaking, not at all happy.  They tend go through life being little more than sniveling curmudgeons.  So when I’m told about some new poll that shows Democrats are among the demographic groups with the lowest personal satisfaction in their life, it’s like, tell me something that I don’t know.  Oh and by the way, something else I don’t really need some poll to be telling me is that Republicans are among those who are the most satisfied in their life.

But with that said, it was according to a Gallup poll released on Thursday that Gallup broke its survey sample into 21 different subgroups, and it was among them that Democrats ranked next to lowest in their personal satisfaction level. The only subgroup to express lower personal satisfaction was the demographic of those earning less than $40,000 a year.  Only 56 percent of self-described Democrats said they are “very satisfied” with their personal life, while 86 percent said they were “satisfied.”  So we have another poll that shows LOSERS vote Democrat, WINNERS vote Republican.

Republicans, by contrast, were the second most satisfied subgroup of the 21, falling only behind the group with a yearly salary of more than $100,000.  And it was a full 80 percent of Republicans who said they are “very satisfied” with their personal life, and 93 percent said they are “satisfied.”  And it was in his analysis of the data that Dr. William Donohue, a sociologist and the president of the Catholic League, said that the reason for Democrats’ all-around unhappiness has very little to do with race or even economic factors but has everything to do with religious faith.

And it was Dr. Donohue who said, “Surveys done on wellbeing have consistently found that there is a positive correlation between religiosity (religious beliefs and practices) and happiness; the more religious a person is the happier he is likely to be.” The Pew Research Center released a study last year that found that “actively religious people are more likely than their less-religious peers to describe themselves as ‘very happy.’” However, I disagree with Dr. Donohue in that while I do believe in God, I’m not particularly religious, yet I’m very satisfied with my life at 67 years of age.

When your party is all about hating the people who don’t agree with you it tends to wear on you.  The Democrat Party demands that you to choose between your family and friends and your party, and accuse them of being horrible people, even racists, when they have a differing opinion.  Whereas most Republicans just want to keep more of what they earn and not be taxed out of existence, while living in safe, law abiding communities to raise their children. Republicans believe American citizens should come first and if you migrate here you do it legally and you assimilate.

Democrats are content to sit on their butts, wanting everything handed to them with nothing expected in return and Democrat politicians are quite willing to hand out all manner of free stuff to those who agree to vote for them!  They have no work ethic and little less self-esteem. Republicans, however, have goals and enjoy working to reach those goals. They understand opportunity is there for everyone to succeed and they will work hard to support themselves and provide for their families! They don’t want, nor do they expect, others to take care of them, they tend to be very PROUD!

Nihilism and self-hatred are not exactly the path to happiness. Democrats are miserable people, who try to find purpose by imposing their misery on others.  Democrats are all about playing the victim and stealing from others; while Republicans are all about working hard, achieving things through merit which results in self-esteem, and helping others.  Democrats scream at the sky, riot and need safe spaces. They suffer from an affliction of their own creation.  And how is it that one can ever achieve true happiness when they’re triggered by just about everything?

Democrats don’t want to grow up. They are thin-skinned, humorless, jealous, and annoying. It’s no wonder they’re not happy.  They try to keep their unhappiness in check, and some often do and do it well.  But they’re always on the edge of being triggered by something or someone, and they try to mask their unhappiness with drugs and/or alcohol.  And it is as a group that they are addicted to, drugs, tobacco, alcohol and any number of other self-destructive behaviors, and always to excess. We often joke about it, but I do believe that liberalism, at its core, is a type of mental illness.

I guess that’s not surprising because they don’t seem to appreciate what they have, spiritually, physically, emotionally, or otherwise. I think the ‘fake news’ media and schools are largely responsible for this negative self-image, and of course, negative overall image of America. And it feeds the increased drug addictions and suicide rate. It builds white guilt, combined with various flavors of victimhood, and a mandate to change the world by forcing others to be equally miserable.  Such programming is even built into commencement speeches these days.  It’s nothing short of crazy.

Almost everything good and positive, flows forth from a sense of gratitude, which is strongly associated with positive emotions such as happiness, contentedness, satisfaction, and so on, and also with acts of kindness and generosity. By the same token, much of everything bad and negative that happens in one’s life, flows from ingratitude which itself extends from, or leads to, feelings of victimhood and powerlessness, that whatever an individual’s present circumstances are are not their own fault or responsibility, and is considered to be beyond their control.

So again, how is it, exactly, that anyone who genuinely believes, or in any way buys into, the left’s conspiratorial nonsense and comes to think of themselves as nothing more a powerless victim of some oppressor, can ever be satisfied, happy, or content?  Whenever you meet any Democrat they are nearly always angry, pissed off, hateful and generally hating of everything about their lives, even when they’re in power.  For instance, back when Barry ‘O’ was president Democrats acted in exactly the same way, with the exception of not focusing all their hatred on just one man.

Democrat leaders have spent decades stirring up envy and discontent in their constituents.  Some have legitimately hard circumstances, but most of us a merely victims of our own poor choices. It’s an inability to reason that makes one susceptible to the manipulation. It takes a little maturity and a good amount of personal discipline to realize the potential we all have for a great life. It’s hard to be happy when all you know how to do is to hate. The party of inclusiveness and diversity hates anyone who doesn’t completely agree with them. It must truly suck to be them.