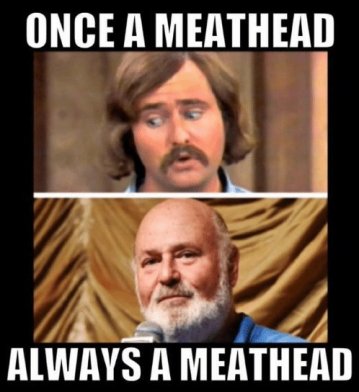 One of the side-effects, and one rarely if ever discussed, of Donald Trump being elected President is the fact that so many on the left have now been driven to a level of madness that seems to have made it virtually impossible for them to continue with what had been a masquerade, of sorts, where they had created this illusion that they’re not really insane at all but are, instead, regular patriotic Americans just like you and me.  However, it would appear that the election of Donald Trump has made it impossible for them to resist, in any meaningful way, the voices in their head.

And it’s whenever I catch myself listening to their never-ending rants about how they hate President Trump, or that he is a danger to our country or how he threatens our democracy, or how stupid we who voted for him are, I can’t help but wonder how they think that by sounding so completely unhinged, they will persuade anyone.  I mean, you can’t convince someone of the soundness of your argument when you come across like a complete nut.  If anything you sound like someone who should be locked away in a padded room for your own safety, as well as the safety of others.

And such was the case again, and just recently, at what was described as being an impeachment rally in Los Angeles on Tuesday night when that well-known Hollyweirdo and rabid leftwing activist, ‘Meathead,’ aka Rob Reiner, promised those in attendance that President Trump will be “impeached” and “removed from office.”  The rally, sponsored by the left-wing and partisan Democrat organization MoveOn, was attended by approximately 500 ‘protesters’ before today’s scheduled vote in the House of Representatives on supposed articles of ‘impeachment’ against President Trump.

‘Meathead’ said, “Fact, he has abused his power by attempting to bribe a foreign country for his own personal political benefit. Fact, he has obstructed Congress in covering up all of his wrongdoing, and fact, tomorrow, he will be the third president in the United States ever to have been impeached.”  And he said, “We all care about the rule of law. We care about our Constitution. We care about our 243 years of self-rule, and we care about it. We will make sure that not only is he impeached, but he will be removed from office. Thank you. I love you all for coming. Thank you!”

And it was ‘Meathead’s’ fellow Hollyweirdo Alyssa Milano who was also a ‘featured’ speaker at this rather bizarre little event.  And it was this bimbo who promised, “We will vote them all out,” while describing herself as “premenopausal” and “angry.” Milano led attendees in a chant of, “THIS IS WHAT DEMOCRACY LOOKS LIKE!”  No, actually it’s not, you moron.   As is always the case with these imbeciles, most of whom have very little actual education, they all see themselves as being so much smarter than the rest of us, and as ‘experts’ when it comes to the Constitution.

And it was the signs held by many of these rally goers that clearly demonstrated that none of them were particularly bright.  These signs included such messages as: “Impeach and Remove”; “Trump Is Not Above the Law”; Impeach 45″; “Fuck Cheeto Voldemort”; and “Make the Asshole Go Away.”   And a rubber prop depicting Trump’s head was seen on the end of a pike held by a man at the event who said he wished it were Trump’s actual head.  Nope, nothing crazy about that!  And yet these people actually think those outside their little ‘circle of lunacy’ will take them seriously.

And it was ‘Meathead’ who derided Trump as “the most criminally corrupt president in our nation’s history” via Twitter prior to his rally address.  ‘Meathead’ regularly frames both President Trump and the Republicans as being agents of Vlad Putin.  It was just last month that ‘Meathead said, “Every elected Republican knows that this President is guilty of countless Impeachable offenses. But they, along with many White Evangelicals & White Supremacists have made a pact with Putin.  But unlike a pact with the Devil, this one can be unsigned.”  What a genius this guy is, right?

This guy, ‘Meathead,’ thinks he’s somehow qualified to tell us, the American people, how to vote, what to think and insists upon calling us stupid for having voted for Donald Trump in the first place!  Which is pretty rich coming from a guy who got where he is today because of a famous daddy.   So who’s the real idiot here, ‘Meathead?’  Let’s face it, those who do nothing but make movies or sing songs are some of the most worthless individuals you’ll ever meet.  Nothing they do requires any great intelligence.  And most of them are nothing if not flat out ignorant.

And what they fail to realize is that just because one has a lot of money it doesn’t make what one has to say any more important than what anyone else has to say.  They think that just because they’re rich we need to pay attention to what it is that they’re saying.  But it’s just the opposite that’s so true.  Nothing, and I do mean absolutely nothing, they have to say is of any value and it’s simply not worth the time it takes to listen to them.  And regardless of why one may become famous, fame in no way equates to intelligence.  However, that’s not how most famous people see it.

And have you ever noticed how none of these Hollyweirdos are ever asked about the policies that they and their Democrat favorites support, or how those same policies would come to affect the American people?  President Trump has accomplished a great deal for all Americans, and all in a rather remarkably short period of time, and in spite of the ongoing Democrat resistance.  Perhaps the Hollyweirdos are never asked because those who do the asking know what the policies Hollyweirdos are in favor of having foisted upon the rest of us always bring about, poverty and misery.

After all, we need look no further than the progressive utopia that was once referred to as the ‘Golden State’ to see what those policies have wrought.  Things such as rampant homelessness, human excrement and needles all over public sidewalks, the highest taxes in America, unaffordable housing, unlimited illegal immigrants who get government benefits paid for by taxpayers, high energy prices and more.  Somehow their policies are said to be better than those of President Trump that have brought about the greatest American economy and lowest unemployment in recent history.

So I have a prediction:  On November 4, 2020 what we will have seen is that President Trump will have easily won his re-election and the Democrats will have lost control of the House as well as additional seats in the Senate. Nancy Pelosi will have issued a statement that she will be leaving Congress claiming family and health issues.  Also, out there in Hollyweird, several high profile Hollyweirdos will have chosen to simply commit suicide rather than be subjected to another Trump inauguration and another four years of President Trump in the White House.  So what do you think?