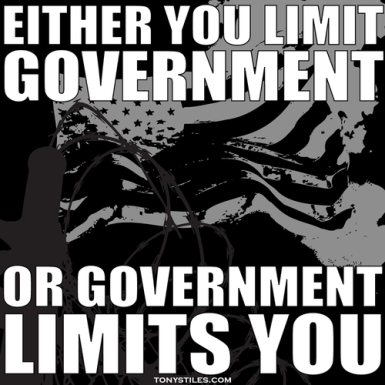 So, to what degree is the continuing call from Democrats for stricter gun laws really about nothing more than pure politics?  And how much of it is more about control over the people than it is about, in any way, public safety and keeping those same people safe?  And that the Democrats continue with what has become its relentless push to ban commonly-owned semiautomatic rifles, all under the guise of public safety, overlooks completely the fact that Americans face numerous things that cause exponentially more death than do these very same weapons, and on a daily basis.  But mentioning such things doesn’t move the Democrat agenda in the desired direction.

For instance, consider the Centers for Disease Control and Prevention (CDC) statistics from 2017, which is the most recent year of complete data. The total number of firearm-related deaths was 39,773 and roughly two-thirds of that figure, or 23,854, were firearm-related suicides, with the remaining 15,919 being a combination of the approximately 500 accidental gun deaths that occur annually coupled with just over 15,000 firearm-related homicides.  So if we break down the firearm-related homicides via FBI crime statistics, we see that handguns were far and away the firearm of choice when it comes to those who actually choose to commit murder.

The FBI reported 7,032 murders with a handgun verses 403 murders with a rifle, and 264 with a shotgun, in cases where the firearm was identifiable.  If we take the 403 rifle murders a year and divide that by 365 it comes out to 1.1, which means 1.1 Americans die in a rifle-related murder each day.  But we must not overlook the fact that the 403 murders with a rifle are murders with rifles of all kinds, i.e., bolt action, lever action, breech action, pump, as well as semiautomatic.  If we narrowed the category to only include AR-15s, AK-47s, or similar semiautomatic weapons, the number of Americans killed daily would, of course, be even lower than 1.1.

For those who argue that rifle deaths ought to be compared to deaths by other voluntary activities, rather than disease, consider the following six examples: 1. Daily Drunk Driving Deaths: 29, 2. Daily Deaths from Crossing the Street: 16, 3. Daily Distracted Driving Deaths: 9, 4. Daily Deaths by Knives and Other Sharp Instruments: 4, 5. Daily Deaths from Bicycles: 2.7 and 6. Daily Deaths by Hammers and Other Blunt Objects: 1.27.  And again just as a small reminder, but still a necessary one, the daily number of deaths from ALL types of rifles combined is 1.1.  And these rifles have now been determined by Democrats as being most in need of being made illegal.

And consider this: Urban black males are the Number 1 driver of both violent gun crime in America AND mass shootings.  According to CDC, a mass shooting is when 4 or more people are shot, and according to the FBI for mass shootings:  Black Male: 63, Black Female: 2, Hispanic Male: 23, Hispanic Female: 0, White Male: 9, White Female: 1.  So as you can plainly see, we have a winner. Black males yet again come out on top as the most violent and aggressive demographic in this country.  If tomorrow black men stopped shooting people, it would take 55 mass shootings committed by white males to surpass the black male.  You won’t learn about that from watching ‘fake news.’

What tyrannical government would ever want to take away your guns, the Democrats often ask?  Well how about the one that wants us to immediately give up all of our cheap fossil fuels in exchange for expensive and wildly inefficient solar and wind energy.  Or, how about the one that wants to make it a crime not to bake a cake for someone.  Or, how about one that wants to use our taxpaying dollars aborting children in foreign countries in order to prevent their fear of the weather changing? How about the government that allows groups of thugs to use violence to prevent people from giving speeches in our public universities?  That tyrannical government?

All anyone needs to do is to listen to our current crop of Democrat presidential hopefuls if you really want to know where this tyrannical government is hiding.  The fact that the godless left ferociously defends as ‘legal’ that which is nothing less than infanticide, right up to the moment of birth, does not exactly fill one with confidence that they would never take advantage of the fact that they had succeeded in disarming their political opponents.  The left sees murder as a means to get what they want, to the extent that militantly atheistic, leftist regimes have murdered well over 100 million of their unarmed political opponents in just the last century.

So here’s the problem. We have two distinct groups of people living in one country. One group loves the country. They believe in the countries founding principles which ARE the law of the land. These principles are what makes America, America.  The other group is basically unhappy. They want to “fundamentally” change the country. They hate the founding. They hate their countrymen.  So what is to happen if we want a peaceful solution?   The haters should move elsewhere that better suits their ideals. This is the only peaceful solution. The alternative is war.   Because we aren’t going anywhere and we sure as Hell will not give up our guns.

I seem to now live in a world where a man can be demonized for having been born White.  I live in a world that persecutes that man, for having been raised to have faith in Jesus, by a caring mother and an involved father.  Why would a man like me ever surrender his last means of self-defense, against a tyrannical government?  Why would a man like me, give any quarter to those who believe in the slaughter of the unborn, or to those who cannot decide which sex they are, or what bathroom to use?  The battle to disarm the population has already been lost, so creating one more category of criminality to those listed above, is fundamentally meaningless.

And finally, guns seem to be only a problem whenever it’s a white man who has pulled the trigger, which is statistically insignificant when compared to Blacks.  Blacks are literally slaughtering one another in nearly every big city controlled by the Democrat Party, and yet those whom you would think should care the most, seem not to care at all.  Nobody seems to give a damn, especially those in the ‘fake news’ media.  If we were ever able curtail in some manner the true hate-speech of the left it would go a long way in curtailing these mass shootings.  It’s the Democrats and their allies on the left who are solely responsible for the slaughter of innocent Americans.