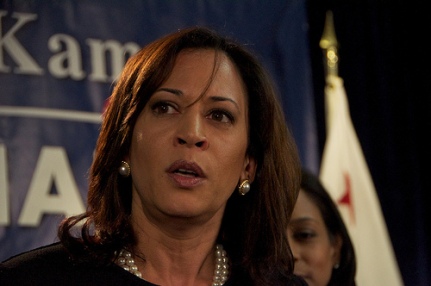 So riddle me this.  Do Democrats ever bother to listen to what it is that they say, or do they simply possess such a low opinion of those to whom they are speaking that they don’t really care what they’re saying because we’re all too stupid to remember, and those in media aren’t going to spend any amount of time reminding us of what they said.  But you do have to wonder sometimes about the things these people say.

Case in point would be Kamala ‘Cruella de Vil’ Harris, Democrat, who recently said in a Tweet: “Our American values are under attack.  Babies are being ripped from their parents at the border. A tax bill passed that benefits corporations and the top 1% while millions of middle-class families struggle to pay the bills. We’re better than this.”  Now am I the only one who left scratching my head at such a comment?

I say that because Democrats think it’s both horrible and un-American to separate illegal aliens from their children when caught sneaking across our border, and yet at the same time seem to think that it’s totally acceptable for a baby can be aborted anytime the mother wants, from conception to delivery.  Does she not see the irony here?  And if not, if she is totally oblivious, what exactly does that say about her?

Now if she had said, “American values are under attack as evidenced by the fact that babies are being ripped from their mother’s womb,” then I would be in total agreement with her assessment of things. But her Tweet, as written, makes little sense, as parents who commit crimes are generally put in jail when convicted, thus separating them from their children. But then I’m talking about American children.

Now I do have a bit of friendly advice for those folks at the border who prefer not to be separated from their children.  All that would be for them to ‘Stop Trying To Break Into Our Country Illegally!  Because when you break our laws, the consequences of said lawbreaking is on YOU, not on the men and women of I.C.E., not on those who work for our Border Patrol, nor anyone else in the U.S., but totally on YOU!

What we see coming from Ms. Harris is an inexcusable transfer of blame from those committing illegal acts to those who are merely doing their job.  And it is this twist of reality that should make her unfit for holding any public office.  She is free to move to Mexico, since she cares more for illegal immigrants from that nation than she does for the safety, security, and prosperity of those she is supposed to be serving.

And it’s as a former prosecutor that she should know, children and adults are always separated after an arrest.  Democrats, such as herself have virtually no problem with murdering babies in the womb and now suggest we can even murder them after they’re born. Hardly a comparison.  Don’t show us your false compassion because you really don’t have any and you really don’t care. They’re merely talking points to spew!

Yes, American values are under attack, not by our folks at the border, but by those like Kamala/Cruella determined as they are in their effort to murder innocent babies. The fact is, all of those coming to the border trying to enter illegally should not be putting their children in such a situation in the first place.  That there is now anyone being separated at the border is the fault of no one other than these ‘parents.’

We already had plenty of child separation occurring during the Barry ‘O’ reign with nary a word coming from Democrats nor the ‘fake news’ media.  But then, I suppose we shouldn’t be surprised.  Typical though is how she is so concerned about illegal immigrant minors being separated from their illegal immigrant parents but she doesn’t give a squat about full term babies being murdered in the process of an abortion.

And finally, what do Democrats really know about American values?  Values such as patriotism, faith in God, hard work, honesty and self-reliance, to name just a few of those values that are so uniquely American and none of which are possessed by anyone who can call themselves a Democrat.  And yet the same Democrats who are always claiming to be the guardians of American values, believe in none of them.

It goes without saying that Democrats are not very patriotic and also tend to be little more than freeloaders, always eager to see how much they get for little or nothing in return.  And yet whenever you point that out to them they get all indignant, as if you’re telling them something that just isn’t true. And it’s people like these who vote for politicians like Ms. Harris, who are always more than willing to buy their votes.