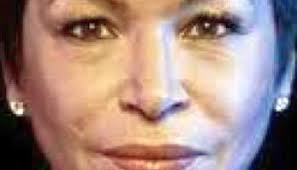 Question:  How is it, exactly, that everything, and I do mean everything, that went so horribly wrong during Barry O’s entire presidency was always to be seen as being the fault of George W. Bush, and now everything good that happens during the Trump presidency is to be credited to Barry.  Is that not the most insane claim you’ve ever heard?  And yet that is exactly the premise floated Friday over at ‘fake news’ headquarters, the Communist News Network, aka CNN.  It’s just when you think you’ve heard everything that the network then comes up with something new.

It all came about during an episode of CNN’s “New Day,” where former senior advisor to ex-president Barry, Valerie Jarrett, put forth the argument that the newly announced unemployment rate of 3.9 percent, the lowest since 2000, very clearly represents a continuation of Barry’s ‘progress.’  Host, and former Fox News reject, Alisyn Camerota asked, “The breaking news that we just had moments ago were the new job numbers, the lowest in anybody’s memory, 3.9 percent unemployment rate. It’s been 15 months of Donald Trump’s presidency. Do you give him credit for that?”

Jarrett responded saying, “Look, I think we have to look at it over a longer horizon than that. If you think about what the economy was like when President Obama took office, we were losing 750,000 jobs a month. Under his watch, the unemployment rate dropped in half, and it’s encouraging to see that we’re continuing to make progress. We want to see wages go up and I think that’s an important focus and I was glad to see you talk about that too. So for the workers out there who are back to work today, I think it’s very encouraging.”  How delusional is it that one person can be?

And besides the fact that she’s a lying sack-of-shit, Jarrett, is someone who definitely belongs behind bars.  And she’s absolutely delusional if she’s unable to recognize the fact that nothing improved economically during the entire eight years that Barry was in office. In fact, the economy only got worse and all his administration, including Jarrett, did was to continually blame Bush.  They told us that the anemic economic growth, their policies created, was to be considered the “New Normal” and we were told that we might as well get used it to it.  And now they want to take credit?

I have no doubt that Barry’s presidency will go down in history as being the single biggest mistake that the American people have ever made.  Sadly, the majority of the people in America wanted to be proud when the first person of color was elected president, but our first black resident will be judged in history as the most-inept, least trustworthy, lying, corrupt, wasteful, subversive, destructive and divisive president ever.  A man twice elected because of the color of his skin rather than the content of his character.  For eight years we were led by a narcissistic thug.

Barry openly, as well as very proudly, promoted the degeneration of peace, civility, and quality of cooperation between us.  Barry thrived on tearing the American people down, rather than building us up.  Clearly, he didn’t love America, nor did he respect our history, our traditions, or our Democracy.  Barry ignorantly blamed America for all the social discrepancies throughout the world.  History will show Barry as the architect of America’s decline, part of his plan to “fundamentally transform”, and did everything within his power to diminish our once vibrant Constitutional Republic.

Barry was nothing more than an eloquently tailored empty suit.  He came with NO resume, NO accomplishments, NO experience, NO original ideas, NO understanding of the simple basics of how our economy works and with NO understanding of how the world works.  He came with NO character, NO conscience, and with nothing but abstract, empty rhetoric devoid of real admirable quality/substance and with unconditional blind loyalty/support from virtually 100 percent of Democrat politicians, the media, college professors, entertainers, and low information voters.

Barry’s policies gave us nothing more than record deficits, historic unemployment, and a severely weakened military.  Because of him and his socialist polices our currency was devalued, and more people became dependent on government assistance than at any time in our 240 year history.  Bottom line: From the economy to race relations, Barry wasted eight years and completely failed to deliver on what was nothing more than his bumper-sticker promise of “Hope and Change!”  His was nothing more than a failed presidency, worse than even that of Jimmy Carter!

Barry’s economic policy consisted of keeping interest rates at 0 percent, and increasing our national debt by $10 trillion.  President Trump’s economic policy consists of creating fair trade policies, creating REAL shovel ready jobs, repatriating Trillions of dollars back to the U.S. and to reduce taxes, all in order to actually stimulate the economy by putting money back into the hands of the people.  Eight years of blaming Bush for eight years of failures from America’s first ‘black president’ now will become eight years of taking credit for President Trump’s accomplishments.