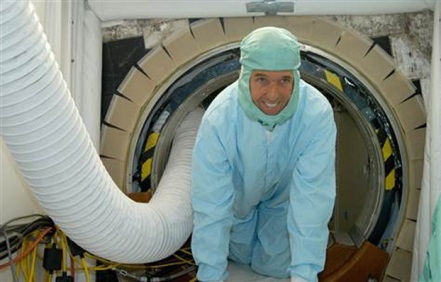 One who should know a great deal about being an embarrassment is none other than our Secretary of State, and failed presidential candidate, John Kerry-Heinz who recently called the U.S. presidential campaign “embarrassing”.  He recently made the comment that while being abroad he is regularly asked about the race.  And it was during his appearance on MSNBC’s “Morning Joe” this past Tuesday that Kerry-Heinz said, “Every meeting I have, everywhere, people are asking what is happening with the United States, ‘What are you doing to yourselves?'”  He went on to say, “But in the end, I am confident that the American people are going to choose wisely.”

And then it was none other than Barry “Almighty” himself who recently echoed Kerry-Heinz’s rather idiotic, and blatantly political, remarks claiming foreign impressions of the election were damaging to the United States.  Barry was recently heard to say, “I’m getting questions constantly from foreign leaders about some of the wackier suggestions that are being made.”  And then he went on to say, “I have to emphasize that it’s not just (Donald) Trump’s proposals. You are also hearing concerns about (Texas Sen. Ted) Cruz’s proposals, which in some ways are just as draconian when it comes to immigration.”

And then we heard from White House spokesmoron Josh Earnest who recently said that the U.S. is now having less productive meetings with foreign leaders.  But how could we possibly have meetings that were in any way less productive than those we have already had, at least on the diplomatic front?  I mean seriously, whether we’re talking about Barry and Hitlery or Barry and Kerry-Heinz, what has taken place over the course of the last 7+ years that can actually be described, even remotely, as having been either productive of substantive? I mean in what sort of alternate universe do these clowns now reside?

But I guess in a sense they’re right in that there is much to be ashamed of, and it’s difficult to say which has been the most embarrassing. One embarrassment is that it’s taken people this long to get pissed off. Another is that the RNC still thinks that it can pull this thing out. Another is that they’re willing to openly steal the nomination and there seems to be quite a few people who don’t seem to care.  The same people who are willing to preach to the rest of us about values, morals and principles.  Stealing is stealing just as lying is lying, period. Donald Trump is a figure head. Republicans are voting against the criminal organization that calls itself the Republican Party.

So of course it’s embarrassing! Embarrassing to the American people who have been continually shut out of their government and their elections by BOTH political parties.  My advice to old Kerry-Heinz would be to shut up.  Let’s face it, he’s been an embarrassment for the better part of his entire life. He spent 4 months in Vietnam yet comes back with a chest full of bogus medals and then goes before Congress to tell nothing but lies about those with whom he served but who, like him, were unable connive their way home after 1 brief 4 month stint into a war zone.  And then he marries money because he’s too damn stupid to get rich on his own!

And it’s true, we have had three very embarrassing elections in row.  In 2004 with Kerry-Heinz as the Democrat nominee and again in 2008 and 2012 with Barry as the Democrat nominee. This year will make it four with Hitlery or Bernie representing the Democrats. Can’t get any better than that.  And look, the truth is guys like Kerry-Heinz, as are all long time Democrats/Liberals/Progressives, are way passed getting embarrassed about pretty much anything.  It’s pretty much impossible to embarrass those who can point to Hitlery or Bernie and declare, with a straight face, that they are the best the Democrat Party has to offer to the American people.