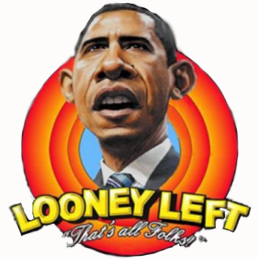 Now we all know, or should know, about all of the hoopla that has resulted from the Republicans putting forth their argument that it should be the next president, Democrat or Republican, who nominates a Supreme Court justice to replace Justice Scalia.  But how different things were in 1992 when, during a speech from the Senate floor, then Senator, ‘Slow Joe’ Biden said that President George H. W. Bush should wait until after the presidential election and let his successor fill any Supreme Court vacancy.  And yet, oddly enough, it’s this same rules that never seem to apply to Democrats.

It was June 25, 1992 when it was ‘Slow Joe’ who, from the floor of the Senate, was heard to say, “It is my view that if a Supreme Court Justice resigns tomorrow or within the next several weeks or resigns at the end of the summer, President Bush should consider following the practice of a majority of his predecessors and not – and not – name a nominee until after the November election is completed.”  So why is it then, do you suppose, that the actions of Barry’s predecessors is now considered as being nothing more than a guideline, of sorts, and has become suitable for ignoring?

‘Slow Joe’ would then go on to say, “If the president goes the way of Fillmore and Johnson and presses an election year nomination the Senate Judiciary Committee should seriously consider not scheduling confirmation hearings on the nomination until after the political campaign season is over.”  So if this was such a good idea then, why, suddenly, is it not such a good idea today?  Could it be because the most leftist president in our history, along with many members of his party, now see an opportunity to tilt the court very sharply to the left and, quite possibly, for decades?

As they say even a blind squirrel finds a nut once and awhile, and so it was in one of those very rare occasions where ‘Slow Joe’ has actually been known to make a certain amount of sense, that he said, “Others may fret that this approach would leave the court with only eight members for some time, but as I see it Mr. President, the cost of such a result – the need to reargue three or four cases that will divide the justices four-to-four are quite minor compared to the cost that a nominee, the president, the Senate and the nation would have to pay for what would assuredly be a bitter fight.”

But isn’t it amazing how it is that the rules are always made to change from when there is a Republican in the White House to when there is a Democrat occupying the Oval Office.  And I know it’s not just my imagination because I’ve seen it take place so often over the course of my life.  And granted, I know if it was currently the other way around the Republicans would be pushing for an appointment with the Democrats standing opposed.  But I think we can all agree that the Democrats could be counted upon to be much more resolute in their opposition than the Republicans are likely to be.